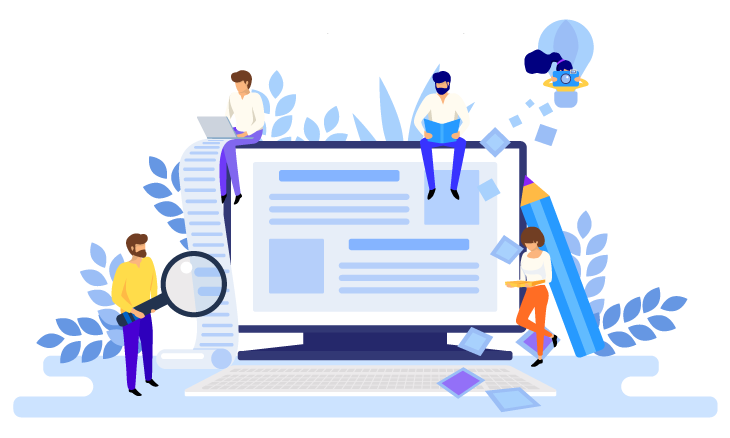 We used the AI content generator from AI-writer. To be honest, it was far better than what I expected, especially the resources that it used. I found some resources that are new to me and the summarization capability and rewording was special. However, I wouldn’t call this a finished product or something that can be have our authors worried about their careers.

AI content about “General Aviation in the Middle East”

The increase in general aviation sales at Sharjah International Airport was supported by an increase in direct sales to customers by air transport and, most importantly, the strengthening of cooperation between Air BP and global aircraft manufacturer Gama Aviation. At Sharjah International Airport in particular, a successful partnership with Gama Aviatons FBO resulted in a doubling of general aviation fuel sales compared to last year. Our aviation business supports over 80 airline customers with dedicated field service and sales support teams.    Show Source Texts

With nearly 2,900 jet engines in operation, GE and GE joint venture partners help operate two-thirds of all flights in the region. The GE90 proudly serves the Dubais Emirates Airlines and Etihad Airways widebody fleet. Emirates and Etihad Airways, both based in the United Arab Emirates, ordered 350 new GE9X engines in 2013 and will enter service by the end of the decade.    Show Source Texts

General aviation is experiencing huge growth in the UAE and this growth can be traced to the increased presence of general aviation players in the region. The general aviation market in Nigeria and Ghana is in its infancy and will become a potential market in the coming years. In countries such as South Africa, there has been an increase in the middle class population and an overall increase in wealth, which is slowly increasing the market for general aviation aircraft in the Middle East and Africa.    Show Source Texts

The business jet market in the Middle East and Africa is an important part of the market and is expected to grow at a high rate over the forecast period, mainly due to the geography of the Middle East. The Middle East Aviation Market offers an overview of passenger traffic, aircraft orders and deliveries, defense spending analysis, new routes and investment in regional aviation by country. Several other factors such as imports, exports, gross margins, price, cost and consumption are also analyzed in the Middle East and Africa General Aviation Production, Supply, Sales and Market Analysis section. Helicopters, turboprops, fixed-wing piston aircraft and business jets are all sub-segments of the general aviation segment.    Show Source Texts

Aviation is technically defined as the art of aviation, including the design, development, manufacture, operation and use of aircraft. There are more than 1,500 private jets in operation in the MENA region,” said Ali Ahmed Alnaqbi, founder and chairman of MEBAA (MEBAA), the MENA business aviation association. He told Gulf Business. Ali Ahmed Before the Covid-19 pandemic, the UAE’s entire aviation industry, including airports, commercial passenger travel, private jets and charter flights, accounted for 17-19% of GDP, Alnaqbi said.    Show Source Texts

The emergence of new low-cost carriers such as Air Arabia Abu Dhabi and Wizz Air Abu Dhabi should drive demand for new narrow-body aircraft in the coming years. On the other hand, the general aviation sector is recovering rapidly due to the high level of private travel in the Middle East. Military aviation in the Middle East is expected to see impressive growth in the coming years thanks to various fighter jet purchase plans by countries such as Turkey, Kuwait, Qatar Airways and Bahrain. The Middle East has been a lucrative market for both business and private aviation due to the presence of large numbers of high and ultra high income people (HNWI/UHNWI) in the region. The Middle East, with its rapid expansion and grandiose ambitions, is both a critical point for the growing shortage of pilots worldwide and a potential major user of training aircraft and services.    Show Source Texts

Boeing Pilots and Technicians Forecast 2019 forecasts the Middle East will need 68,000 new pilots by 2038 – 64,000 for commercial airlines and 2,000 for flights across the region’s commercial and helicopter fleets – and a rollout at the Dubai Air Show Several manufacturers air show in Dubai. The advantage of their platform as a future pilot simulator. Business jet makers see the Middle East as a region with huge potential for future business jet sales, as several companies in the U.S. and Europe are ditching trims such as chartering business jets to save money and reassure investors. Their future plans include a listing of about 25 percent of their shares on the Beirut Stock Exchange (BSE) as part of a long-term plan to fully privatize the airline.    Show Source Texts

2022-02-22
Previous Post: Retro Liveries – Who Wore It Better
Next Post: Royal Jordanian Order, will it ever come?